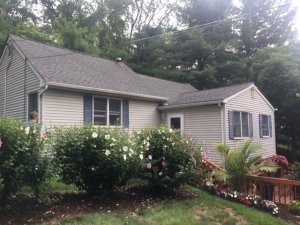 This week is very exciting for me as we begin another Suffolk County flip.  This particular property was purchased through my direct marketing campaign.  My friend Mark Ferguson, who is a very successful investor in Colorado, had recommended a marketing company that he was using to secure more deals.  In the past I had limited my buying opportunities to properties that were on the MLS.  This included regular sales as well REOs. The market however has been on fire for the last 2 years and just about every REO was going for much more than I was willing to pay.  Either owner occupants who could afford to pay more since they don’t have to worry about the bottom line were entering the fray, or you had investors who didn’t know what they were doing or perhaps other investors who were willing to make only 15-20k in profit.  I’m not necessarily saying 15-20k is a bad profit especially when you look at it from a ROI (Return on Investment) perspective, but that is assuming everything goes right which it never does.  I knew I needed a way to secure deals by obtaining properties off market where the competition was far less and I could buy at a price that made sense for me. We sent out over 5,000 pieces that asked particular owners if they would be willing to sell.  We had a lot of responses, but very few wanted to sell for less than full market value.  We were honest that we needed to purchase at a discount for it to make sense for us.  Most understood that but only a few were willing to contemplate selling at the price we wanted.

How did we end up buying properties from the direct marketing campaign?

The particular gentleman that I purchased this property from contacted me to say he had received a letter expressing interest in buying his home. When we first started speaking he said that he wasn’t overly interested in selling, but was “just curious.”  After doing this direct marketing campaign I realized that a lot of the callers were just tire kickers so I had assumed that he was just poking around.  After consulting with my real estate broker to find an appropriate ARV, I explained to him that assuming I didn’t have to do any work, my offer would be in the low 200s.  He then responded and said he wasn’t a very greedy person, and was looking in the 170s.  At first I found this surprising, naturally you are thinking “What is wrong with this property for him to accept less than what I am offering???”  Regardless, I knew I had to check it out.  At that point we agreed to meet in person at the house which was occupied by tenants.  After going through the house, I realized that the 170s was where I would have to be to make this work for myself.  We agreed on a price of $172,000.  This all took place in mid-August, but we didn’t close until early October as there were some slight title issues to be handled.

This particular seller was a pleasure to deal with, and just a really good honest hard working man.  Unfortunately he had some health issues and wanted to have some cash on hand relatively soon so that he could ease his work schedule and focus on his well-being.  This was a deal that made sense for both sides.  He didn’t have to go through the hassle of selling his home while tenants were occupying it which would have scared off many buyers.  If he had asked the tenants to leave he would have lost $7000-$8000 in rental income while he was fixing up the home, waiting for a buyer and then waiting for the closing to take place which can be several months here in New York.  Additionally he didn’t have to pay a realtor.  Realtor fees in NY typically are about 4% so that was an additional savings for him.  Most importantly, he was able to get his cash as quickly as possible so that he could focus on enjoying his life and lessening his work schedule.  As for me I am able to find a house that is not a complete wreck that still stands to make a solid profit.  That is just not something you will find on the open market these days.  Typically the houses I buy are REOs where the roof is leaking and the plumbing has been stripped from the house.

How has the purchase and rehab of this property gone?

Work has begun this week because after closing on the home I had to then tackle the challenge of handling the tenants. This was probably the only negative to the deal in the first place.  I wasn’t sure how they would handle the fact that I had an interest in selling the home.  In New York, even in Suffolk County where I operate, it can take a few months to evict someone so I had to factor that into my numbers when evaluating the deal.  It was a husband and wife living in the home, and when I called her she was pretty surprised that the house had been sold and to be honest not very happy with the news.  I offered to sell the home to them at a discount, but she maintained that they were not interested in owning, but preferred renting.  Within a month they vacated the house so that was a pleasant surprise.  While they weren’t thrilled with moving, we wished each other luck, and I have to consider myself to be pretty lucky that it went so smoothly.

This is a three bedroom one bathroom ranch that is about 1200 square feet.  My contractor figured about $27,500 to paint the house, redo the trim work everywhere, add a half bathroom, replace the current bathroom, redo all the flooring as well as replace the living room window. Additionally since the kitchen is in good shape we only have to replace the countertops, add a backsplash and put in new appliances.  There is some minor touch up work outside but all the big items (roof, siding, plumbing, heating and hot water heater) are all in great shape. I have to add on a little over $2,500 to pay a masonry contractor to put a small retaining wall in the side yard to divert the water that runs towards the house as well as excavating the dirt driveway in the front to flatten it out so that two cars could park there easily on level ground as it is currently pitched upward.  I’ve put the repair costs at $35,000 even though I project only $30,000 since I am sure something or many things will come up to bring that number up another $5000.

How do I sell my houses?

I use a realtor to sell my houses and here is why.  As an attorney I am automatically able to get a broker’s license if I want.  While I do have one and could sell the home myself there are two problems with this.  First the house is an hour away from me so I can’t get over there that quickly for open houses or to meet buyers who don’t have a broker representing them.  Secondly, I also know what I don’t know, and while I am familiar with the market, the broker I use knows the value of these homes much better than I do.  I’d much rather leave that to him.  While a typical broker fee in NY is 4%, we have worked out an arrangement of 5% on the sale price and in exchange he not only sells the home for me, but evaluates the deal before I purchase it so that I know my numbers are precise.

The easiest way to get in trouble in this business is by misjudging the market which results in you not only selling the home for less than what you thought, but also the home stays on the market longer than you anticipated.  This is double trouble essentially.  My holding costs are at $18,000 over 7 months (this includes taxes, utilities, insurance and private money financing) which comes out to just over $2,500 a month.  If I misjudge the market and the house sits for three months longer than it should that is $7,500 right there, and if I am off on my value by $15,000 (which is quite possible) then my profit just dropped $22,500 and that is assuming you didn’t go over budget on repairs.  I’d rather leave the analysis to the experts and get in and out of the deal as quickly as possible because while the market is strong, you simply never know.

Below are my disposition costs:

Overall this looks to be a solid deal, but I won’t know until it is over.  Luckily enough the repairs are not that much so we should have this house on the market fairly soon.  My main concern is that by the time we get it in on the market, we will be in the holiday season which is the worst time to sell a house, but you can’t really help that and still you never know someone may want a new house for Xmas!!!

Thanks for reading this post and I will be sure to have updates for you as we progress.